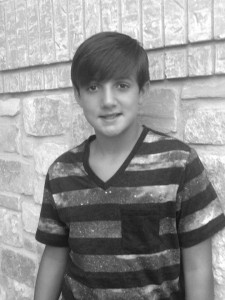 It was 1999 and we took his name from a TV series where the main character was named Jared. In San Diego, where we lived, Jared was not a common name and we were all about being different even though we really weren’t. Here in Texas, however, you cannot throw a rock without hitting a Jared so being different went out the window. There are even a few Ryders out here too. It doesn’t matter, although there might be many Jareds this one is unique.

He was not planned and I wish my reaction to my wife telling me she was pregnant would make for a touching story but it does not. I wanted to do MY thing, fulfill MY dreams and explore MY life. I had plans. LOL that’s rich, huh? I had plans. I bet God had a good chuckle with that one. How short sighted was I at the time not to see that his coming into this world would fulfill all I ever wanted and this new plan would turn out to be the adventure of a lifetime.

He is better than me. I think as parents we always hope our children will be better than us. He is complex and sensitive but not emotional. He possesses empathy which is uncommon for a teenage boy. Nothing embarrasses him and he will kiss me goodbye and tell me he loves me right in front of his friends. That gives me hope for when those friends put him in a position when he will have to make a decision between right and wrong.

He is very intelligent and that makes parenting a challenge because I cannot BS him like my parents were able to do to me. Arguing with him is like arguing with a lawyer and I find I am losing more and more of those arguments and having to rely more and more on “because I said so” as a rebuttal. Even with that said he displays an innocence that lets me know he is still my little boy and he still needs me… for now.

He plays football and baseball and his work ethic astounds me. He never complains about having to do chores, homework or getting up before dawn for football practice although he will procrastinate if you let him, like his father. He has always been a rock, a stalwart, physically tough as nails with the loyalty of a pit bull all wrapped up behind those big gentle eyes.

He is honest and brave. I know that because he has owned everything he has ever done wrong despite the punishment. Like I said he is better than me.

He is a Goofball McSpazatron who does not take life serious, as any 14 year old should, and he makes me smile every time I see him. Any remnants of his California upbringing have long disappeared, despite my efforts, and he is a full-fledged Texan always respectful of adults with a “Yes Maam” and “Yes Sir”.

He makes me proud. He is my first born and had to suffer the mistakes first time fathers make and I am doing my best to make up for some of those mistakes.

We named him Jared. He is our big boy with kind eyes and a kinder soul.

This site uses Akismet to reduce spam. Learn how your comment data is processed.